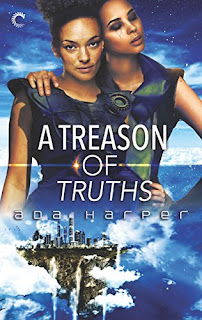 A Treason of Truths
by Ada Harper

Lyre is a child of the Cloud Vault: an isolated floating city-state made of scavenged ships that are transformed into biological constructs. Their government is composed of scientists. They’ve got more tech than any other known power, they tend not to share said tech and they have remained neutral in the war between the Syndicate and the Quillian Empire. They’re not uninterested in galaxy politics, though, and that makes them dangerous.

Sabine, the Quillian Empress, is invited to a Cloud Vault summit, and her spymaster Lyre knows they can’t be up to any good. She used to work for them, after all. As the two of them try to uncover the plot against Sabine, the reader can explore this complex and unique civilization. 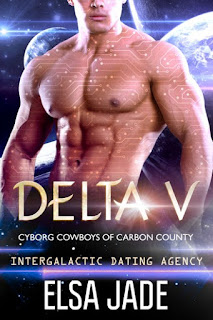 Okay, I said to myself. This is a space cyborg cowboy romance. The premise seems a little ridiculous. There are tropes in here that I typically don’t enjoy reading. But Elsa Jade pulled it off.

Why? Because Lindy is not your typical romance novel heroine. She’s fifty years old. She’s dealt with a lot of pain in her life, and the way she experiences grief is relatable. She’s grown up enough to handle some bizarre situations with…if not aplomb, then perspective. She acts as a mentor to some of her ranch hands. She’s realistic and relatable.

Her life gets crazy fast. And Delta V is just funny and sweet enough that I think he’s good for her. 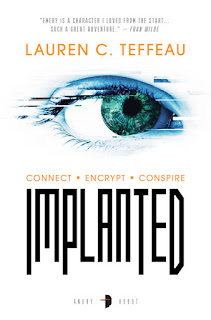 If you have a smartphone, you probably unconsciously reach for it at times when you’re bored or need reassurance. It’s become a wonderful tether to loved ones that are far away.

But it hacks your behavior. You do dangerous things, like use it while driving or crossing an intersection. Push notifications make you react quickly. Social media alerts you to the latest outrage meme. Your cell phone has you trained to respond to it, to identify with it. Try not using any functionality except emergency voice calls on your phone for 48 hours. Who are you without your phone?
The implants from Implanted magnify the risks and rewards of this . Teffeau presents the possible consequences of the evolution of smartphones. She also shows how much maintenance time we have to put into our technology, a cost we rarely think about critically. 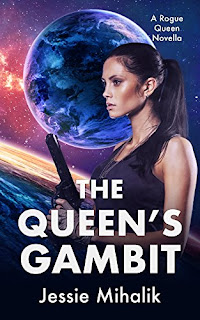 
Samara Rani, Queen of the Rogue Coalition, tries to kidnap and ransom Emperor Valentin Kos. Her plan goes topsy-turvy early on, and the two are forced to work together and figure out what they want from each other.

Mihalik sets up a conflict wherein the ones who pay the price for war are often those who are least responsible for it. The first season has been collected into a novella. I look forward to further installments. 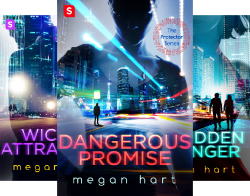 Nina, the cyborg protagonist of the series, is a compelling character. But Nina’s friend Al is perhaps more so. The two meet as military test subjects, and later become coworkers at the same bodyguard agency. They’re also hostage to degrading cybernetic implants that will kill them in a few years.

When Nina makes contact with Al because she needs her support in getting the upgrades for their cybernetics, Max becomes Nina’s truest ally - perhaps even more than Nina’s lover Ewan is. Both women give as good as they get and are never ashamed of themselves or their work.

Al always drives her own ship, tries to look out for those she cares for, and risks her life to fight for what she believes in. She’s a buddy all of us could use.

Lee Koven is a computer programmer and server admin by trade who loves to read and discuss science fiction romance. Read more on the Judges page.