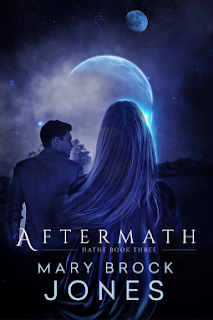 
In Aftermath, the post war setting of Hathe and its people is a fascinating background. Because of the huge subterfuge the Hathe people pulled over on the Terrans (See books 1 and 2: Resistance and Pay the Piper), the Hathe population has become split between the population that stayed on Hathe and the rest of the population that escaped to the moon, Mathe, and hid there for the duration of the war. Known as the dirtsiders and the moonies, they are not re-integrating into the post-war world very well. The struggles between the two sides of the same people are often heartbreaking. Aftermath has a complex plot, engaging heroes and heroines, and disagreeable villains. The slow burning romance between Jacquel (the understated antihero of the first two books) and Rheia is satisfying. But their roles as revolutionaries in the post war situation are what makes this book a great read. 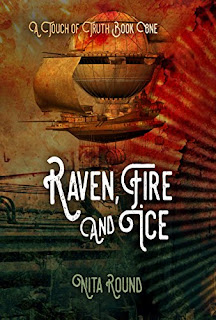 Raven, Fire and Ice (Touch of Truth, #1)
by Nita Round


I do love steampunk and here is a new-to-me author that is serving up what I want. In Raven, Fire and Ice, Nita Round describes an airship that anyone would love to take a ride on. The airship is THE steampunk machine in this story that seems to take on a life of its own. Or maybe that life is due to the very able crew. The three main female characters, Lucinda Ravensburgh, who adds a bit of mysticism to the story, Magda Stoner, very capable airship captain, and Officer Ascara d’Jharaena ael Korphen (Officer Ascara for short), security officer, have a lovely flirtatious thing going. While their relationship does not reach the lovers stage they are clearly a very close group and I am anxiously awaiting the next book to see where they go. 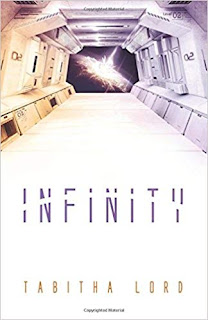 Infinity was released in 2017, but I discovered Tabitha Lord's Horizon series in 2018. The series spans multiple worlds all caught up in both their own struggles and otherworldly problems. The main world, Almagest, has a spotty history. By that I mean, much of the history is unknown, lost during war. However, it appears to be very important. In Infinity, some of Almagest’s history is starting to be revealed through computer logs. But not all, so I can theorize all I want about what's what. Will my theories prove true? I'm waiting on the next book to find out. In addition to all the hidden history, Infinity includes Derek and Caeli, the hero and heroine from two different worlds who may be the key to saving everything. 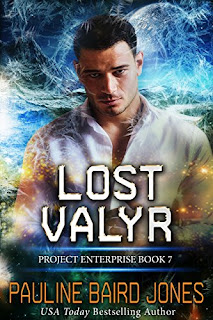 
Villains get a bad rap. Yet, they can make or break a story. You know I'm right. So let's talk about the malefactor in Lost Valyr. Have I given away anything about the villain yet? Specifically, let’s talk about Xaddek. So, a giant spider as a bad guy. Personally, I like spiders in my garden. But up close, they are creeeeepy. No two ways about it, Zaddek is really bad! He has been known to eat his own crew members. That has got to hamper his overall effectiveness as a captain. Lost Valyr also has one of the quirkiest romantic couples I had the pleasure to read about in 2018. Valyr rarely talks. Rachel makes up for it by filling in all the silent spaces. And did I mention they come from different planets? 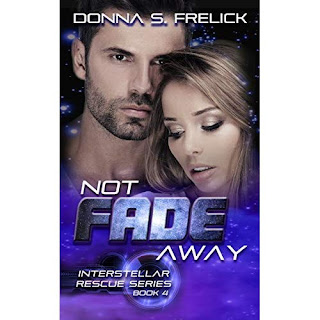 Not Fade Away (Interstellar Rescue, #4)
by Donna S. Frelick


Not Fade Away's heroine Charlie has a dog that I love. His name is Happy. This loving pup wriggles his way into everybody’s heart. Well, maybe not everybody, but at least the important people. Including me, the reader. Hero Rafe may not be too sure about a dog at first. He is not from Earth and has never seen a dog before, but Happy knows a good person when he sees one and eventually they warm to each other. With part of the action taking place on Earth and part off planet, Not Fade Way has constant action that overlays the understated, but crucial romance between Charlie and Rafe. A fantastic addition the Interstellar Rescue series.

Riley Moreland is a book reviewer at Whiskey With My Book and a Library Director. Read more on the Judges page.