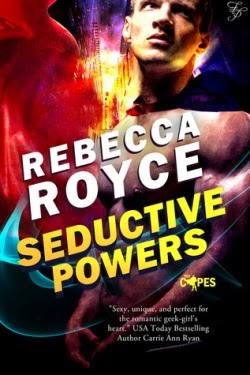 So I loved the concept, and the story was an absolute blast. In a world where superheroes are an open secret, what if you could hire one? And they had a company just like anyone else? Wouldn’t people resent having to pay for a rescue? There were so many possibilities to play with, but at the heart of this story, we have a superhero and his personal assistant, who may not have super powers but is super at keeping her boss organized. But his super-enemy has set his sights on anyone close to superhero Draco Powers, and Wendy Warner is a lot closer than she thinks. 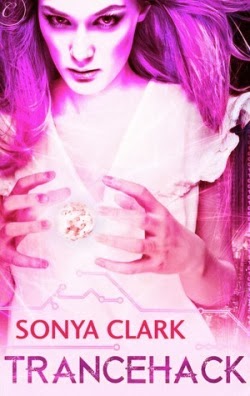 Bad cover, no cookie. Terrible joke but unfortunately true. The cover of Trancehack by Sonya Clark is awful, but the story is awesome.

This is a near-future dystopian story about a U.S. that has ghettoized the part of its population born with magic powers. People who are discovered through mandatory DNA testing. So very much a mixture of magic and science, especially since the magic is powered by electricity.

I enjoyed Trancehack so much because it packed an incredible amount of story into a not very long story. There’s a murder to investigate, and a good cop is set to find the killer because bad people want to make sure either the right solution is found or the wrong solution gets buried. We have an adult “Romeo and Juliet”, where the cop falls in love with a magic-user.

There are just oodles of political hijinks, because the magic born are treated so badly, and the U.S. is so repressive, that there’s an Underground Railroad to get people out.

Dystopia and magic, and a love story. I got magically sucked right in. 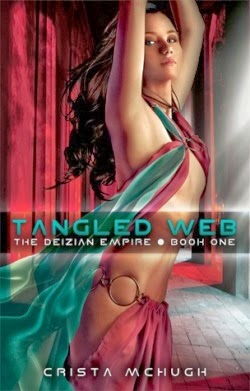 When you read the first Dragonriders of Pern books, they feel like fantasy. There’s a pre-industrial society, and there are dragons. Then in The White Dragon readers get hit upside the head with the knowledge that Pern is a lost star colony. They find the original spaceship, and technology starts coming back.

Crista McHugh’s Deizian Empire series (Tangled Web, Poisoned Web and Deception’s Web) has that same feel, where it reads like fantasy (magic and empires) but there are science fictional elements mixed in. The ruling class, the Deizians, came to the planet from another world. They are conquerors who achieved their conquest through superior technology. They are able to focus their will in order to power airships and space ships.

But the stories are planet bound and feature an assassin turned Empress who knows the ancient magic of the original people. So we have a marvelously convoluted political story of a young Emperor facing incredible odds, married to the woman who was supposed to kill him. They fight off his political enemies together. 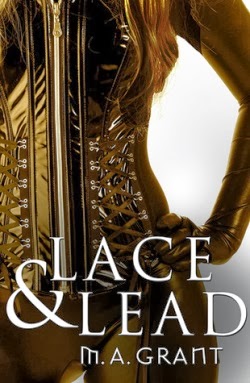 If you still miss Firefly, (and who doesn’t?) Lace & Lead will cure your itch for an hour or so (about the length of one episode).

It’s not Mal and Inara, or any variation of those two, Lace & Lead is closer to Mal and Kaylee. If you squint.

This is definitely the same kind of futuristic space western that Firefly brought to life, but the characters are totally different.

We start thinking we have a poor little rich girl being kidnapped and rescued by mercenaries. Then it gets more complicated and way more fun. Our poor-little-rich-girl pays the mercenaries to save her from her own father. And the mercenaries are willing to switch employers because her daddy tried to have them killed.

But Emmaline Gregson doesn’t want to be a poor-little anything. She wants to be free to live her own life, in a society that thinks rich women are just for decoration. And as she reinvents herself, she becomes someone that just might be able to find the heart of ex-soldier turned mercenary. Meanwhile, they have to find the people out to kill them both.

It does sounds like a Firefly plot, but with a happy ending.

About Marlene Harris
Marlene Harris is a professional as well as an amateur book-pusher. By day, she's a not-so-mild-mannered librarian. By night, she's an intrepid book blogger of anything that strikes her fancy. She got hooked on Star Trek a long time ago (in a galaxy far, far away) and never looked back. Along with her on her journey (which is currently stopped in Seattle) is her husband Galen and three completely spoiled cats.

Because she loves SFR so much, she doesn't just blog about it on her own blog at Reading Reality, she's also sneaks as many SFR posts as she can over at The Book Pushers.