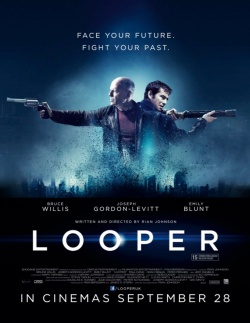 This surprisingly thoughtful shoot-’em-up about gangsters in the near-future takes us through alternate timelines to an ending worthy of a Phillip K. Dick short story.  Although **SPOILER ALERT** the lovers in the tale don’t get their HEA, the romance is the driving motivation of the characters’ actions throughout, qualifying the film as an SF-with-strong-romantic-elements, at least.  The acting is first-rate, and the ending certainly stands out as one of cinema’s more creative resolutions to the time travel paradox. 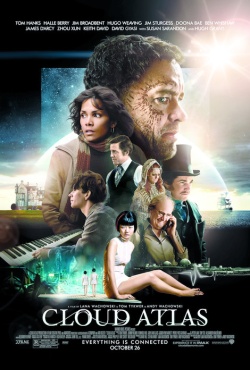 This sprawling epic spanned hundreds of years and dozens of characters in six (or was it eight?) storylines, only a few of which were romances set in the future.  But those were the best of the lot, both visually and dramatically. 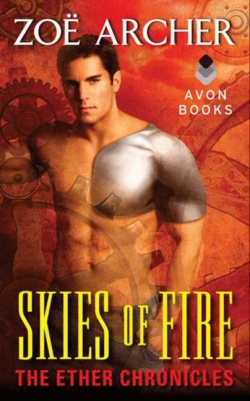 These two have a history that’s likely to burn up the enhanced zeppelin he captains as part of this rip-roaring steampunk tale, but Archer, author of the fast-paced historical adventure romance Blade of the Rose series, makes sure they can’t escape each other.  Neither the plot nor their hearts allow them a breath of distance and the sexual tension is thicker than the smoke of (frequent) battle!  And when they finally give in to each other?  Wowser!  Anybody got a fan?

Best Worldbuilding in a Novel or Series – the Psy-Changling series by Nalini Singh (Berkeley Sensation). 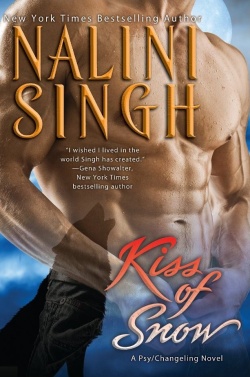 The alternate near-future Earth that Singh has created for her series of ten SFR novels is engrossing, consistent and rich in detail.  Her characters--be they ice-cold Psys, without emotion and tied to the Net; tactile, emotional Changlings, fiercely loyal and protective; or mere Humans, struggling to hold on to what is left of their legacy—are finely drawn and a product of the world she has envisioned in a way few writers can sustain over a single novel, much less a long series.  With Kiss of Snow (2012), the latest in the series, Singh deserves a recognition she has long gone without in our subgenre (mostly because she is thought of as a paranormal author).  Yes, some of her heroes and heroines change into leopards or wolves, but her world is based on science, not magic or the supernatural.  Nalini Singh belongs to SFR. 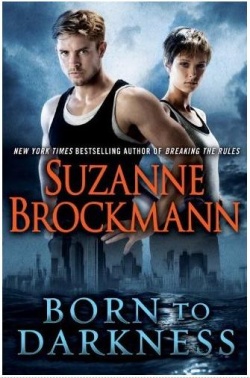 Hot alpha males, kickass heroines and the buzz of sexual tension are par for the course in any of Brockmann’s military-romantic suspense novels. But add in a crumbling, near-future Earth, genetic manipulation, psychic talents, supercool weaponry and same-sex romantic subplots and this highly popular author suddenly takes a rocket trip into our territory!  Will her many readers follow?  Let’s hope so, because if they like this thrill-a-minute outing, maybe they’ll go looking for more titles like it. 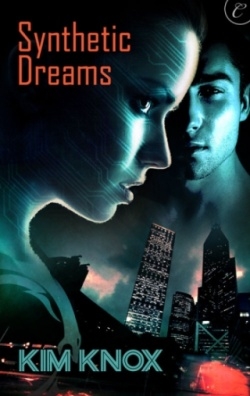 A smart, sexy heroine, a hero who plays his cards close to his vest, an intricate plot set in a desolate future and sex that comes very late in the game—all elements that would appeal to the traditionalists among us.  Knox’s worldbuilding is convincingly bleak and her characters fully belong in the world she shows us.  A memorable effort. 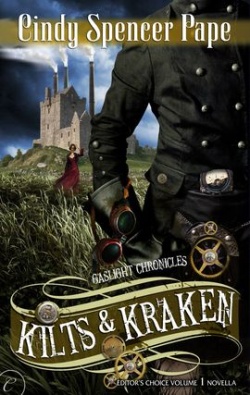 Well, the title says it all, doesn’t it?  This steampunk romance takes the action out of the usual Victorian city of London or New York (or occasionally the American Wild West) and puts it in . . . Scotland? Yes, the highlands of Scotland. Well, technically the Hebrides Islands, but close enough. There are men in kilts, including our brawny hero. There is trouble with nasty giant squids (the kraken of the title). There is a spunky, highly-educated heroine, daughter of a professor, of course. There are machines and overwrought weapons galore. I’m just imagining the author trying to sell this. “Well, it’s a steampunk/historical/highlander/adventure/horror/romance!” Bravo to Carina Press for buying it.

Over the years I’ve been a Peace Corps Volunteer in West Africa, endured the life of a government bureaucrat in Washington, D.C., raised two girls (and helped raise one grandson), tried organic farming, worked as a freelance journalist and editor, been a community activist, earned black belts in two different styles of martial arts, and written four STAR TREK fanfic novels (and a number of short stories) for “underground” publication.  Five years ago I launched my science fiction suspense romance writing career.  In 2012, my first two SFR novels finaled in the Romance Writers of America® Golden Heart® contest.  I currently live in Fredericksburg, Virginia with my husband and two talkative cats.  When I’m not writing, I teach tai chi and karate and dream of moving to our 44 acres in the mountains north of Asheville, North Carolina.