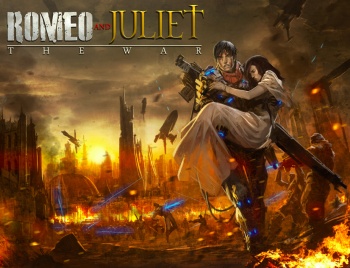 We all know the story of the Montagues and the Capulets, but did you read the version where the Montagues are war mongering cyborgs and the Capulets are enhanced humans with molecular regenerative abilities? Both are created by patriarchal scientists with a goal to enhance humans for war. After the enemies of the countries have been dispatched, the only thing left for these warriors is to fight each other. This is a graphic novel that almost went under my radar but the blurb was too juicy to pass up. Verona is now and empire complete with lasers, a dystopian future and fast paced classic tale of star crossed love. This is a fast paced story that reads like a movie and will keep readers on the edge of their seat to the end. 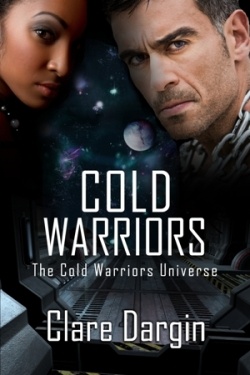 This is a blast from the past that will be re-released soon. I love the elements at work here regarding the political and social climate as well as the romance set against a futuristic action-adventure. The story reminded me of new BSG as it is a military SFR complete with the terms local to the story. It's one of my absolute fave SFRs and I can't wait until it comes out again followed by the upcoming sequel. Although this is a contemporary story, the setting and references to SF cult classics like Firefly, Star Wars et. al has made this book's atmosphere completely sci-fi with a hot romance. The setting takes place mostly at a sci-fi convention (squee) featuring a group of gamers (double squee), one of which is a guy and his friend meeting up with a famous online gamer, who just happens to be a girl. Sweet romance coupled with a suspenseful ending and some great references, this was a really fun read. 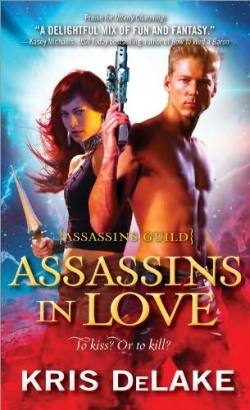 This book caught my eye immediately when I saw the cover. Looking at the cover alone, it reminded me of Burrough's Princess of Mars series with the heroine giving off a serious Deja Thoris vibe to her handsomely hunky and shirtless John Carter wielding a ray gun. The cover is sleek and gives off a sexy vibe of action, adventure and romantic tension. It's a winner that automatically had me at first glance!

Throughout her writing career, Rae has written comic book and film related articles which have appeared in online publications such as Comic Stack, Suite101, CinemaGap and Dark Moon Rising. As a result, her alma mater's English course chose one of her articles as an example for how to write an article. She also served as editor and contributing writer of her school newsletter. For her contributions to the newsletter and her leadership, she has won various Success Leadership awards sponsored by her alma mater where she received her BA in Media Arts Animation.

Her manuscript, Hotel Sunset, won an Honorable Mention award in the 73rd Annual Writer's Digest Writing Competition. Under various pen names, she has written books, novellas and short stories that run the genre gamut of science fiction, fantasy, short roman noir and paranormal romance and many more waiting to drip onto the page.

A fan of David Lynch and Alfred Hitchcock, she also has a love for film, vampires and various animated storytelling which she couples with the art of the written word to tell her stories. While penning her works, she loves to create artwork that explores her strong female characters and the men in their lives.
Posted by Heather Massey at 1:00 PM