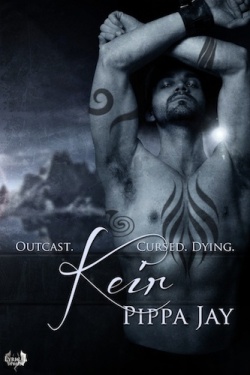 Tarquin Secker has spent centuries pursuing the alien monster that destroyed her homeworld. Her chase brings many unexpected joys and conflicts, but perhaps most unexpected of all is true love. Despite their many differences Quin and Keir find a common ground between them and build upon it. This story kicks butt with sea monsters, dragons, psy, time travel and more. The romance builds slowly and realistically between them. Keir was published by Lyrical Press, Inc., released on August 1st 2012. 266 pgs. 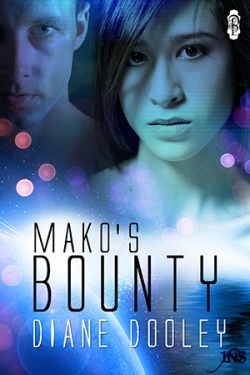 Diane Dooley packed a lot of story into a few pages. This story is hot and heavy in more ways than one. The worldbuilding hints at an enormous universe and the heroine’s discomfort with being planetside illustrates just how different life in space can be. Mako’s Bounty was published by Decadent Publishing, 1Night Stand Series, released March 11, 2012. 38 pages. 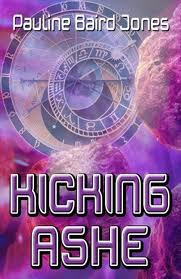 Like a mirror within a mirror endlessly showing itself, so time can fold and wrap around someone. But can it pursue them? Ashe is a time agent who has the distinct feeling that Time Itself is after her, and perhaps after Vidor Shan, the handsome outlaw who has captured her. This fun ride is full of humor and a smart, kickass heroine. I adored her nanite sidekick, Lurch.  Kicking Ashe was published by L&L Dreamspell, Project Enterprise series, released February 19, 2012. 214 pages. 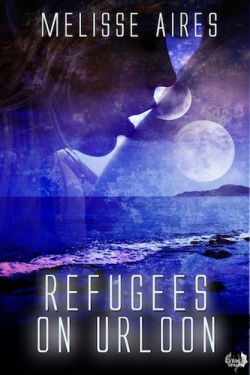 Crashing on an alien planet through no fault of your own seems like the perfect opportunity to get to know each other. But Svana and Liam let their responsibilities for the young crewmembers also stranded on an isolated planet as a reason to deny their attraction to each other. That is, until the Moonfest when they create a night to remember, perhaps even to base a life on. I loved the depth of worldbuilding in this novella. Svana isn't your typical young, gorgeous smartass heroine. She’s older, she’s capable, she’s experienced. And she’s cool. Refugees on Urloon was published by Lyrical Press, released April 4, 2012. 131 pgs.

Anna McLain is a hopeful SFR author. She’s been a fan of SF since she started reading as a young child, and wrote SF fanfic for most of her life. After a decade in the military she settled in Tornado Alley in the US with her husband, three kids, and two Dachshunds, where she devours all the SFR she can find.
Posted by Heather Massey at 5:00 PM