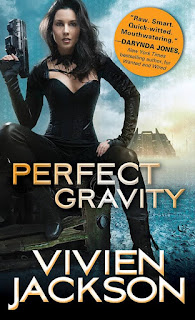 Perfect Gravity
by Vivien Jackson
Senator Angela Neko has ambitions. She's made big sacrifices for them. She's going to guide her country into the future. She makes plans and follows through with amazing self-control. When a rather large wrench is thrown into said plans, she seeks aid from a group that includes her old friend and lover, Kellen. Watching her try to reconcile their past with the different people they’ve become is compelling.

Angela has enough flaws to keep her interesting, and I loved watching her grapple with those. She's able to change her plans, adapt to new situations, and gets the better of her enemies without having to punch or shoot anybody. 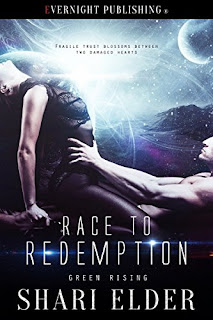 Race to Redemption
by Shari Elder
Elaina Carteret is a pro race pilot and on the corporate board at StormTech. She's an intergalactic hotshot with money, fame, and whoever she wants to bed. But how does she cope when she’s forced to give up that lifestyle?

Lainie develops a lot over the course of the book. She puts her skills to use by flying medical transports, saving some lives and finding purpose she didn't have before. She's forced outside her stardom and comfort zone, and learns to care for others and put them first when they're in need. By the end of the novel, she's proved she's worthy of Erik’s love and has the total support of the reader. 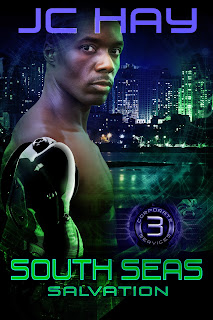 
Yashilla has ports in her head and interface keys in her skin. She’s cocky, but she has the skills to back up her pride. She prefers the abstract world of computers, connections, and data to the one where she has to interact with flesh, physical objects, and those messy things we call emotions. That doesn't stop her from getting involved with Zar, but it does make her relationships extra perilous.

It’s easier for her to escape into the virtual world than to deal with old pain. However, the mission she goes on to make the mother of all names for herself forces her to confront her weaknesses. Yashilla’s fears are believable, and I sympathized with her mistakes. They make her triumph all the more sweet. 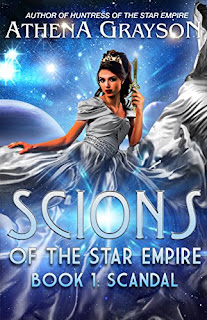 Scions of the Star Empire - Scandal
by Athena Grayson


In today's world, I never hear the end of how we must market ourselves and be careful with our personal brands. Celebrities are measured with their clout in followers and friends. The more of a public figure someone is, the more they need to protect their image with appropriate behavior. That image is worth money, usually in endorsements.

Grayson takes this idea to one of its logical conclusions: celebrities as variable-value entities you can invest in. The characters in Scandal have to be very careful with how they present themselves so that their Social Capital scores don't plummet or get too volatile. Young nobles try to accumulate enough SoCap to get out of the game and achieve some measure of independence, but a high score will also bring them to the attention of the ruling Trust. The Trust have plans of their own, and are only too happy to use the protagonists to enact them. It's a fine line to walk, and the characters in Scandal have just hit the point where they can no longer thread that needle. 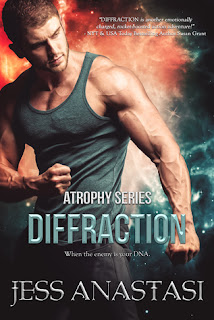 
The Reidar are hidden among humanity, able to assume people's identities (after killing them so there are fewer questions asked). Early in the Atrophy series I found them a nebulous antagonist, but as events have progressed, I've learned more about these decidedly unsexy aliens.

I don't know what they want from we humans, or why. Their actions so far have shown it can't be anything good. The Reidar see humans as we’d see ants, but we’re important to some plan of theirs. And that's what makes them terrifying—and interesting. 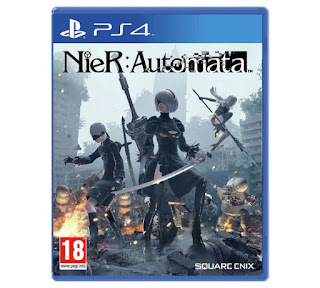 Nier: Automata
(for PS4 and PC)
Emotions are forbidden to androids, but they pine for each other anyway. 2B has her reasons for not getting involved, despite returning 9S’s feelings. What does it mean for a person who can be restored from backup to love? How does it change the relationship if you are doomed to forget parts of it?

2B and 9S walk a long road in their constant battle against other machines. On the way, several tragedies punch them in the face. Helped along by their robot assistants and a prototype android, they endure through horrible ordeals before they can earn their happy ending. The moments between them are poignant, and the profound sense of relief I felt at the end of the game was something that I only experience every few years.