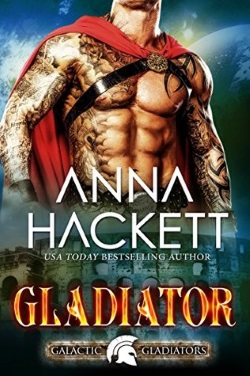 There’s an old Star Trek episode titled Bread and Circuses, that takes a look at what happened on a world where the Roman Empire never fell. There’s an element of that to Anna Hackett’s Gladiators series. The trappings that surround the story all hearken back to the Roman Empire. The stories are, after all, set around a gladiatorial arena, and the heroes are all gladiators. The men who run the various gladiatorial houses are even titled “Imperator”. But make no mistake, this is science fiction.

The arena is on the planet of Kor Magna, many, many light years from Earth, as the kidnapped crew from the Jupiter station discover. They were all shanghaied across the universe through an unstable wormhole, and now they are all stuck in Kor Magna, trying to rescue each other and find love and happiness in the shadows of the great arena. Or even on its very sands. As each Earth woman claims one gladiator for her own, she rescues the next “sister” she can find and puts down roots in the place she is forced to call home.

If you are looking to be swept away, this series can’t be beat. 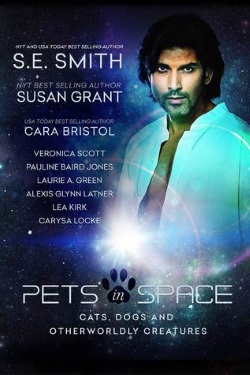 If you’ve ever wondered what it would be like to have a dog, cat, dragon or whatever as your fellow traveler among the stars, this book is a treat from beginning to end. Complete with chew toy and catnip.

Pets in Space is a collection of novellas that blend a science fiction setting, a romance complete with HEA, and an animal or animal-like companion to share all the glory and all the cuddles. As they do.

My favorite story in the collection is "A Mate for Matrix". Matrix is this terrifically advanced cybernetic warrior. But he’s still very much a dog. He gets both himself and his human companion into a whole lot of trouble, and a whole lot of happy, when they come to Earth and Matrix, like all dogs everywhere, can’t resist chasing a squirrel. All those enhancements, all that intelligence, and he still gets beaten by a squirrel. And if you’ve ever thought that your own kittens were explosive charges, this story will have you rolling on the floor with laughter. 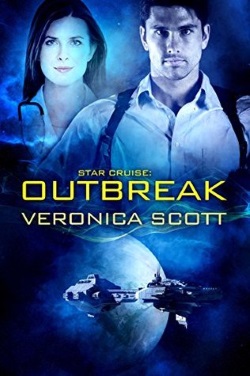 The title completely gives the plot away, but there’s a whole lot more to this story.

This star cruise line is run by a whole lot of ex-military, and its a damn good thing, because this crew runs into the sort of trouble that would leave the usual cast of a Love Boat drifting in space in a dead hulk.

The story in Star Cruise: Outbreak is not surprisingly an outbreak of a particularly deadly mutation of that old standby, the Norovirus. Viruses, like cockroaches, seem to live forever. Trapped on a plague ship, with no possibility of outside help or outside resources, it’s up to veteran military doctor Emily Shane to find both the cause and the cure with the limited resources and limited time she has left before they are forced to fly into a sun. And with the help of the very hot and extremely interested Security Office Jake Dilon, find the terrorist who started this mess before they all end up dead.

If Robin Cook set one of his medical thrillers in space, it wouldn’t be half as exciting as Star Cruise: Outbreak. 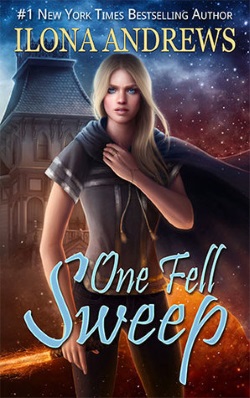 There aren’t many books featuring innkeepers, whether in science fiction or elsewhere. After pouring through Ilona Andrews entire Innkeeper Chronicles in about two days, I am left to wonder why. Because this series is fantastic, as is its heroine, the innkeeeper Dina Demille.

The Innkeepers Chronicles exist right at that border that Arthur C. Clarke described so well so long ago. Any technology, sufficiently advanced, is indistinguishable from magic. And that’s the case here. When Dina is in her inn, her power is supreme. She is symbiotically connected to the inn, and they nurture and protect each other.

In this universe, Earth is just one planet among many, and a rather backwards and under-powered one. The network of inns on Earth make our little backwater a neutral place where anyone can come for sanctuary, as long as they obey the rules: do not harm a fellow guest, and do not compromise the secrecy and security of the inn.

But a bunch of intergalactic religious fanatics are willing to take any risk to kill some of Dina’s guests that they consider anathema. And Dina is forced to give everything she has to protect those guests, even her life.

It’s only the love of her werewolf that brings her back from the brink. And it’s utterly awesome.

Anna Hackett is the author of three fantastic SFR series, Hell Squad, The Phoenix Adventures, and Galactic Gladiators. She also writes the action-adventure romance series, Treasure Hunter Security, which is not SFR. Or at least not yet. 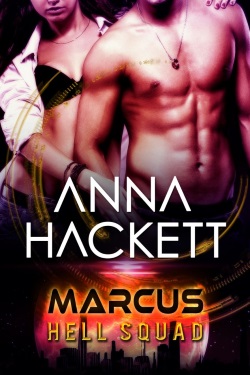 The series are all different. Hell Squad takes place on an apocalyptic post-invasion Earth. The Phoenix Adventures features two sets of cousins who are intergalactic treasure hunters. (I expect Treasure Hunter Security to tie into this at some point, but it hasn’t. YET). And the Galactic Gladiators, featured in their own award, are an awesome blend of sun and sandals with interstellar slave trading and intergalactic politics.

I love them all. Anna is my go-to author whenever I need to lose myself in a great story. 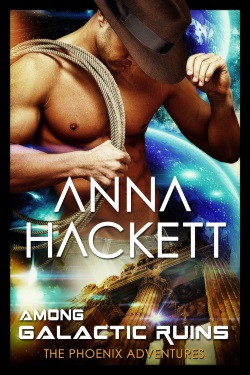 She is also incredibly prolific, especially for an author who always hits the mark. In 2016 alone she published the first three books in the Galactic Gladiators series (Gladiator, Warrior and Hero), FIVE books in the Hell Squad series (Shaw, Holmes, Niko, Finn, Devlin), two books of the Phoenix Adventures (Lost in Barbarian Space and Through Uncharted Space) as well as the first three books of Treasure Hunter Security (Undiscovered, Uncharted, and Unexplored).

It’s not just that that’s a lot of stories, but that it is a lot of absolutely awesome SFR and action-adventure romance stories. For lovers of SFR it's a very lucky 13. If you are an SFR lover and you haven’t been introduced to Anna Hackett’s kickass crew, you are in for one hell of a magic rocket ride.
Posted by Heather Massey at 3:00 PM