Best “Invisible Heroine”
Hostage to the Stars by Veronica Scott 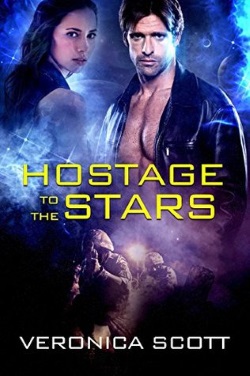 No one likes feeling like they don’t matter. Sara Bridges unexpectedly finds out just how inconsequential she is when pirates “attack” the transport she’s on. Luckily another person isn’t disposable, and a solider on that rescue mission has integrity. Johnny Danvers, who had a supporting role in Mission to Mahjundar, shows his mettle and falls in love in this story. As a reader, I fell in love with him in this adventure that flows like a roller coaster.  You don’t have to have read Mission to Mahjundar to enjoy this story, but it would add depth to the characters if you’ve read it first. I love this entire series and this story does not disappoint. 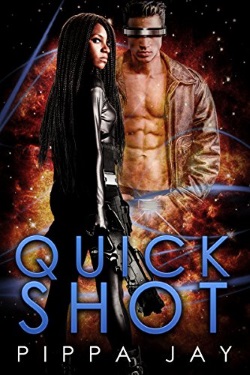 This fast and hot short is like a bungee jump through a complex world. You plunge straight into the action and don’t really know what is going to happen, but you just want more. Sal, a freelance cargo hauler who is definitely used to being in charge and only trusting herself, meets up with a sexy stranger on the run and things go from hot to hotter in a hurry when she learns to let go and trust someone. 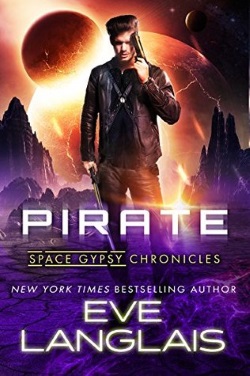 Emma just wants to do her job, deliver packages, and oogle the weird hottie who lives in the middle of nowhere, orders strange things, and answers the door naked. Course, she’d never let him know she loves his packages because that’s too easy. Suddenly Mr. Strange gets weirder and her truck explodes, and he pulls her into the adventure of a lifetime away from Earth and all she knows.

Rafe is trying to lay low and make a dishonest living, but what’s a pirate to do when he’s a marked man? Not to mention the gorgeous woman he desires is also the most contrary and seemingly immune to his many charms.

This is the first story in a series, which promises to be fast, fun, snarky, and sexy. The aliens rock and the characters have enormous chemistry. I can't wait to read the rest of the series.
Posted by Heather Massey at 1:00 PM